SECTION A: You are required to answer at least ONE Question From This Section

(1a)
Citizenship education is a type of education which instills desirable values, attitudes, skills and knowledge into individuals to enable them participate in the affairs of their group or adjust functionally as good citizens.


(4)
(i) Proper campaign on the negative effects of cultism: Individuals at all levels in the society should be properly educated on the negative effects of cultism. If individuals, particularly, students learn of the effects of cultism they are less likely to want to indulge in it.
(ii) Effective security in schools: School administrations should ensure that they provide effective security measures in school environments to protect students from harassment and intimidation from others, when this happens students will not feel the need to seek protection by forming or joining cult groups.
(iii) Good parental upbringing: Parents should put in good effort in bringing up their children so as to ensure that they don’t imbibe bad characters that encourage violence. Children must be taught the values of good morals.
(iv) Severe punishment for cult activities: Authorities at all levels must ensure that they met out severe punitive measures on acts of cultism to serve as deterrence to others.
(v) Encouragement of academic exploits: Everyone in the society must join hands in providing conducive learning environment For students as well as supporting activities that encourage learning, this will make students focus more on their education and be less distracted by other things such as cultism.
========================

(5)
(i) Report missing persons to security agencies as soon as possible
(ii) Educate the vulnerable younger citizens on the various tactics traffickers employ.
(iii) Organize awareness campaigns and demonstrations against human trafficking.
(iv) Encourage their representatives in national and state assemblies to legislate better immigration laws and penalties for offenders.
(v) Powerful individuals like monarchs should use their traditional offices to strongly warn against trafficking in their jurisdictions such as the example set by the reigning Oba of Benin, Oba Eredieuwa, who issued a stern warning and placed a curse on traffickers, resulted in reduced trafficking among his people.
=============================

SECTION C: You are required to answer at least ONE Question From This Section

(8)
(i) Lack of participation in elections: Political apathy culminates in a docile mass of citizens, who do not take part in civic duties especially in the aspect of voting and electoral activities.
(ii) It leads to unchecked governance: A situation where citizens are unbothered and care less about the governance of their societies, thus they do not seek reforms or redress on bad policies of government.
(iii) It brings about corruption: Political apathy encourages wide spread corruption, nepotism, abuse of power and other negative tendencies arising from an unchecked regime.
(iv) Political Apathy threatens Democratic dispensation: When a politician wins an election in a high voter apathy political election, such a winner wins with a minority vote. Such a vote doesn’t give the winner confidence that he/she is a popular political representative in a given area.
(v) Political Apathy retards community and national developmental processes: A situation where political leaders spend more time, justifying that he or she is current ward councilor, member of parliament or a current president instead of concentrating on facilitating development related projects to meet the expectations of electorates.
=============================

(9a)
(i) Social responsibility: this entails that members use their time, money and energy to fight for social justice at all times, each member of the society must display a high level of concern for any issue that threatens the peace and stability of the society and carry out any given task to the best of their ability.
(ii) Unity of Purpose: Members should behave at all times in a way that promotes the agreed unity of purpose and always align their own individual objectives in line with the general purpose and objectives of the preponderance of members; eschewing selfishness and self aggrandizement, hence Members must put general public interest over and above individual interest.
(iii) Meritocracy: Responsibilities must be assigned according to the established strengths and competencies of each member of the society, tasks and positions must as a rule be given to the most qualified person, and any actions that undermine this principle of merit must be resisted and frowned upon.
(iv) Freedom from control: Members are not to be arbitrarily subjected to the control of government, as it would result in the constant undermining of the powers of the civic society by the government, thus preventing the civic society to assert their rights and negotiate consensus with the government on issue bothering them. 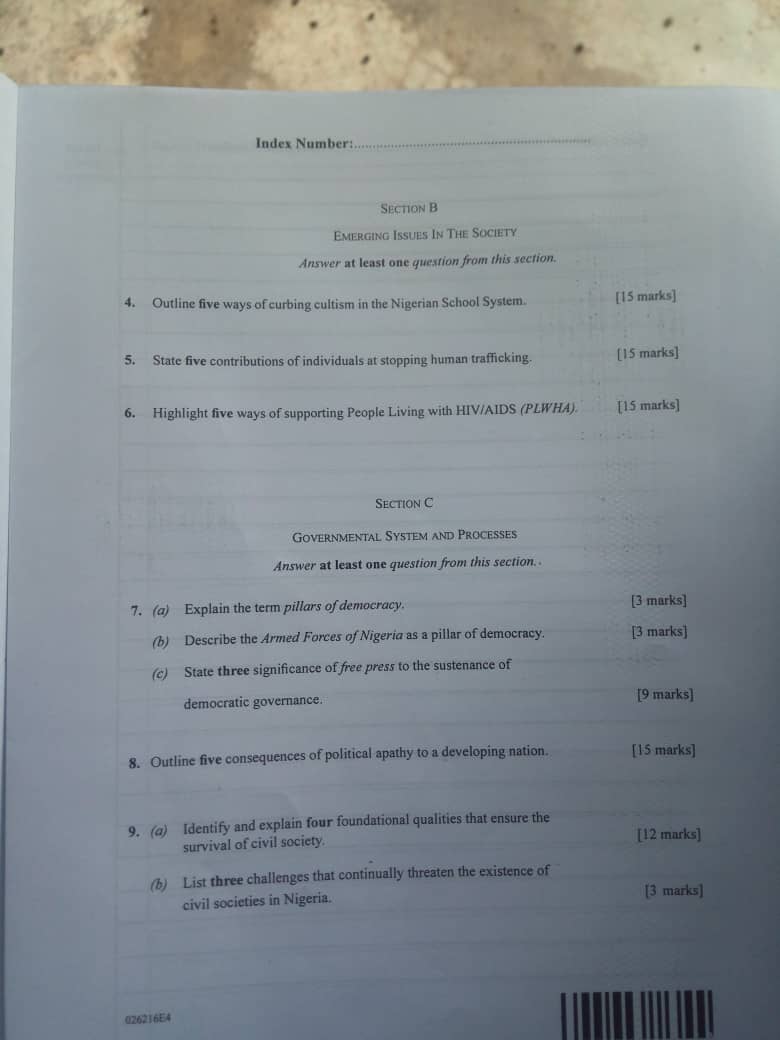